Fishing hooks and line have a detrimental impact on many of our native marine and fresh water species, and are the most common reason that species like swans and pelicans are admitted to Taronga’s Wildlife Hospital in Sydney.

On 18 April, a male Black Swan was brought to the Taronga Wildlife Hospital by staff from Allambie Vet Clinic, after he was found seriously injured at Manly Dam. Before arriving at Taronga, vets had removed a hook and fishing line tangled around one of the swan’s leg, but further investigation by Taronga’s veterinary team revealed a second hook was lodged in the swan’s neck.

The animal was then anaesthetised for surgery so the hook could be removed.

“Abandoned fishing hook and line is a huge problem for lots of wildlife, not just birds,” says Libby Hall, Manager of Taronga’s Wildlife Hospital. “It’s a very common cause of injury in other species, like marine turtles. The line is really damaging – it cuts right through the skin and the muscle.” 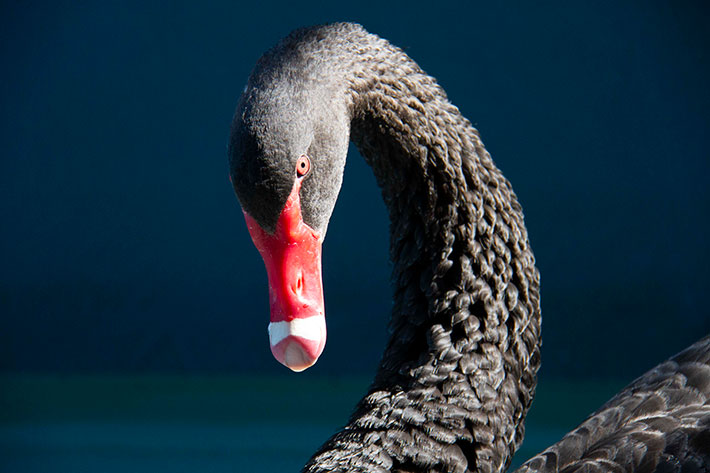 “In recreation areas like Manly Dam, there is a high density of this debris because many people fish there. And when line and hooks are snagged, often the line is cut and left behind. It’s not always easy to retrieve it but it is very helpful if line and hooks can be collected from shoreline areas,” Libby says.

“Fishing line is a very dangerous substance – it’s very strong and lives in the environment for a long time. So it’s not just the hooks that are the issue,” Libby says.

Luckily for the beautiful Black Swan, he made a full recovery under the care of Taronga’s vets and was released on Friday the 10th of May with the help from Manly Dam Rangers. “He was in intensive care for 10 days and then moved to a rehab pool where he has recovered well,” Libby says.

“It was important to return him to Manly Dam in case he has a mate there. He might not necessarily spend all his time there, they are quite mobile birds, but the Dam may be his main permanent residence.”

Taronga’s Wildlife Hospital treats more than 1000 sick and injured animals every year, many of which have been affected by pollution and rubbish left behind in recreational areas. “I’d like to encourage the responsible disposal of fishing line and hooks to help our wildlife,” Libby says. 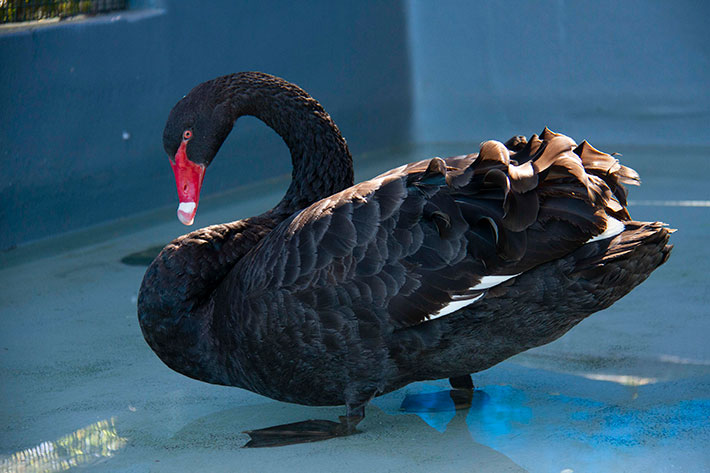