An adorable ringtail possum joey was brought to Taronga’s Wildlife Hospital in Sydney by a member of the public after its mother was attacked by a dog in a Mosman park. The little joey was riding on its mum’s back at the time. Sadly, mum did not survive.

At the time it weighed just 57g. Hospital staff cared for the joey round-the-clock, taking it in turns to hand-feed the joey throughout the night.

Hospital staff also gave the joey a Tasmanian Devil toy to cling to in place of its mum. “They are used to riding on mum’s back so they need something to hold onto,” says Taronga veterinarian Nadine Samy. “It’s a bit like her surrogate mum.” 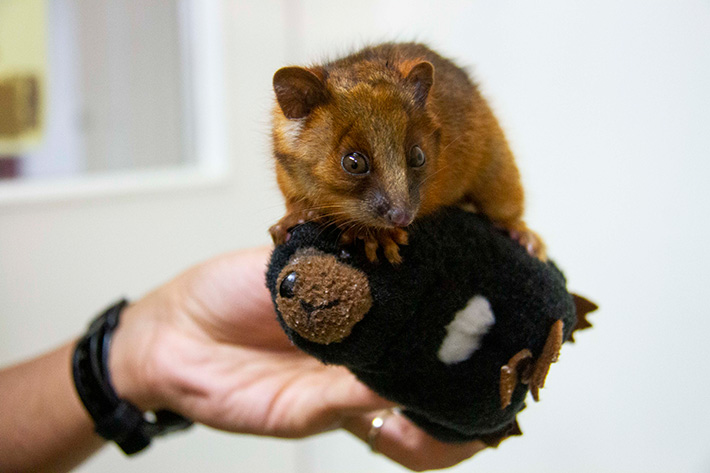 “We often have ring-tail possum joey twins brought into us, but this little one was all alone,” says Nadine.

Under the care of hospital staff, the joey put on weight each day and went from just drinking milk to also eating leaves. She’s now being looked after by a Sydney Metropolitan Wildlife carer, who is also currently caring for two other ringtail possum joeys. “They don’t do so well by themselves, so it’s better that she is with other joeys,” Nadine says.

For the joey to be released back to the wild, she needs to be strong and at a healthy weight, ideally around 600g. “This could take up to six months,” Nadine says.

Taronga’s Wildlife Hospital treats around 1000 sick and injured native animals every year. This case is a good reminder for pet owners to keep their pets inside overnight and to keep dogs on a leash when in and around parkland areas as they can injure or even kill native wildlife. “It’s very common for these joeys to come into care,” Nadine says. 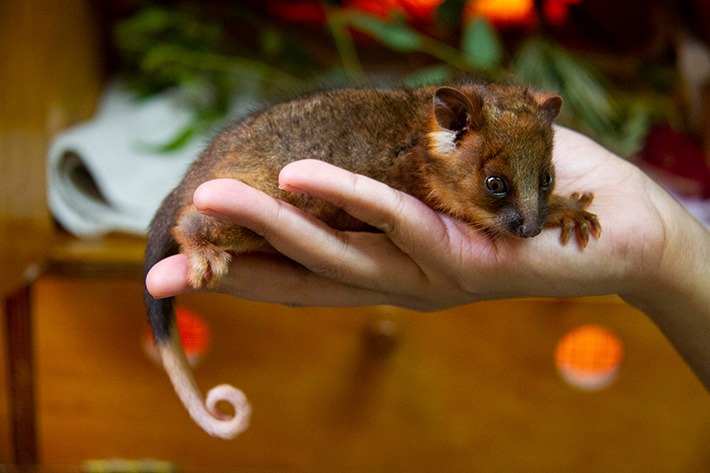